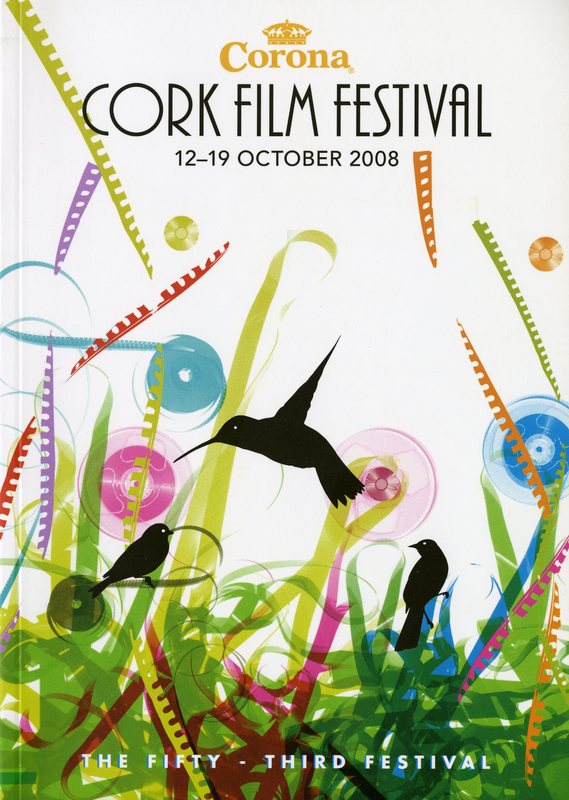 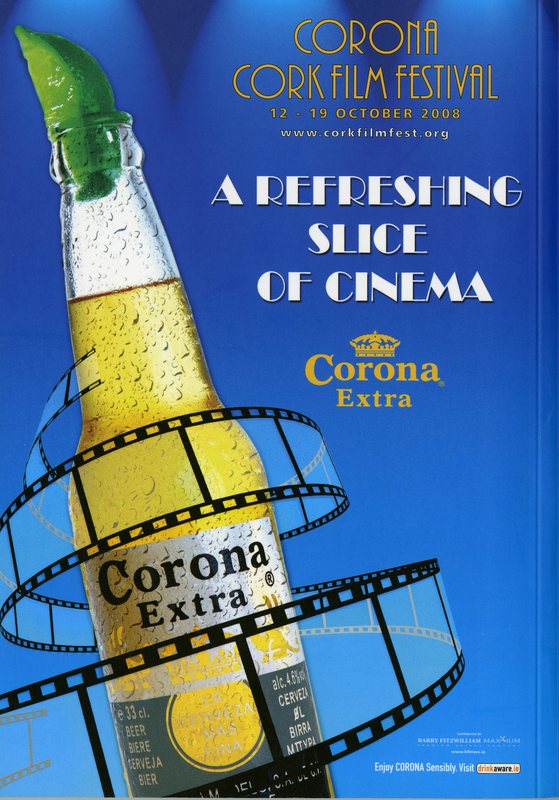 The image on the 2008 festival programme cover is vivid with black silhouettes of three birds amidst a floral-like scene of foliage. The foliage is made up of film reel strips in various colours of green interspaced with brighter pinks and purples. Film spills out of transparent film reels in the background. The silhouette of a hummingbird is airborne at the centre of the image with two smaller birds perched on film-reel on either side. The gold and black text of the programme is at the head and foot of the cover.

The back cover is an advertisement for Corona Extra beer who were the main sponsors of the festival that year. The image of an ice-cold bottle of Corona Extra beer – with a wedge of lime inserted in the neck – dominates the length of the blue-coloured page. Transparent film reel is wrapped around the gold beer-filled bottle in a loose circular fashion. Advertising text is placed in gold, white and yellow font at the right of the bottle.

The festival programme is a soft glue-bound programme measuring 21cm x 29.5cm with 136 numbered pages. Notes: Time Passes ... An article by Mick Hannigan is included on p.11 about the death of Charlie Hennessy, former CFF Chairman and the passing of other festival colleagues (Dónal Sheehan and Ian Breakwell).