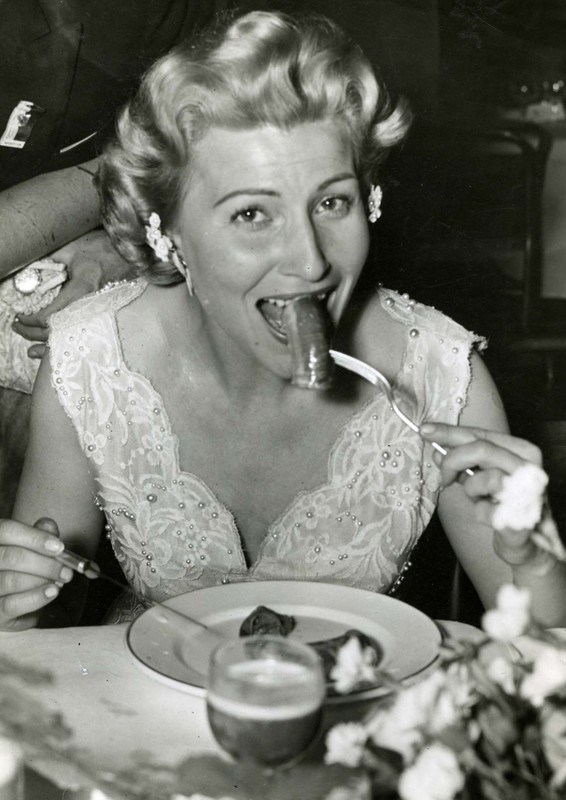 This is a black and white photo of the Czech-born German film actor Winnie Markus at a meal. She is shown mid-bite, eating a sausage, smiling up towards the camera. Markus is dressed in a light-coloured sleeveless evening gown decorated with pearl-like beading. Two clips tie her blonde wavy hair back behind her ears. Flowers adorn the table in front of her.

Winnie Markus was born in 1921 and moved to Germany, via Prague and Vienna, when she was sixteen. She started her acting career on the stage before accepting her first film role in 1939 with A Mother's Love (Gustav Ucicky, 1939). Markus would follow this with mostly leading roles in films of all genres from the war through to the post-war period. Her filmography includes Nothing but Trouble with Love (Thomas Engel, 1956), You are Twice Young (Helmut Weiss, 1958), What a Woman Dreams of in Spring (Erik Ode, 1959) and A Woman's Secret (1960). In the early sixties she retired from film and would only appear in television and theatre appearances until her death in 2002 from pneumonia.