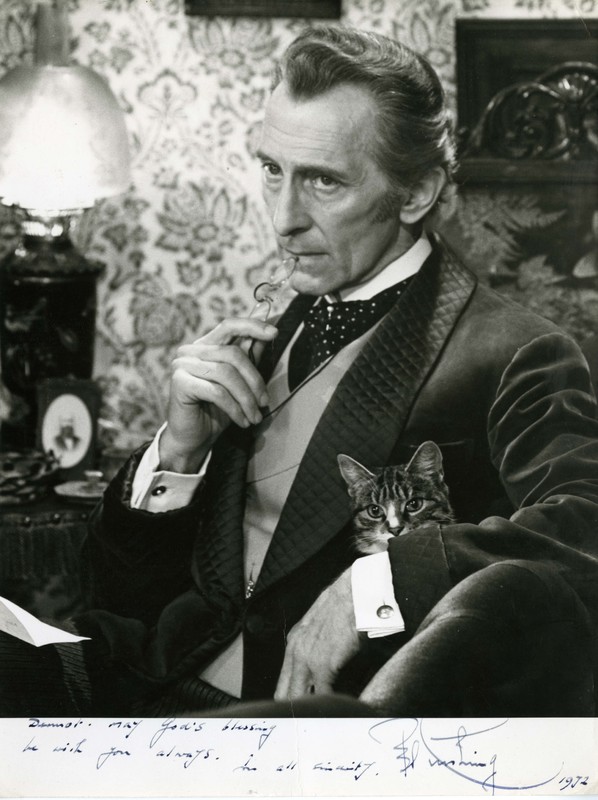 This is a signed black and white publicity photo of the English actor Peter Cushing (1913-1994). The picture shows the seated actor, in a velvet smoking jacket holding his pince-nez glasses to his mouth, while a tabby cat peaks out from under his left arm. Cushing has signed the photo to the festival founder Dermot Breen with the message: Dermot, May God's blessing be with you always. In all sincerity, P Cushing. 1972.

The photo is a stock image from the 1971 British horror film I, Monster (Stephen Weeks) which was an adaptation of Robert Louis Stevenson’s 1886 novella Strange Case of Dr Jekyll and Mr Hyde. I, Monster was released a year before Peter Cushing came to Cork in 1972.