Liam O'Leary with Cyril Cusack and others 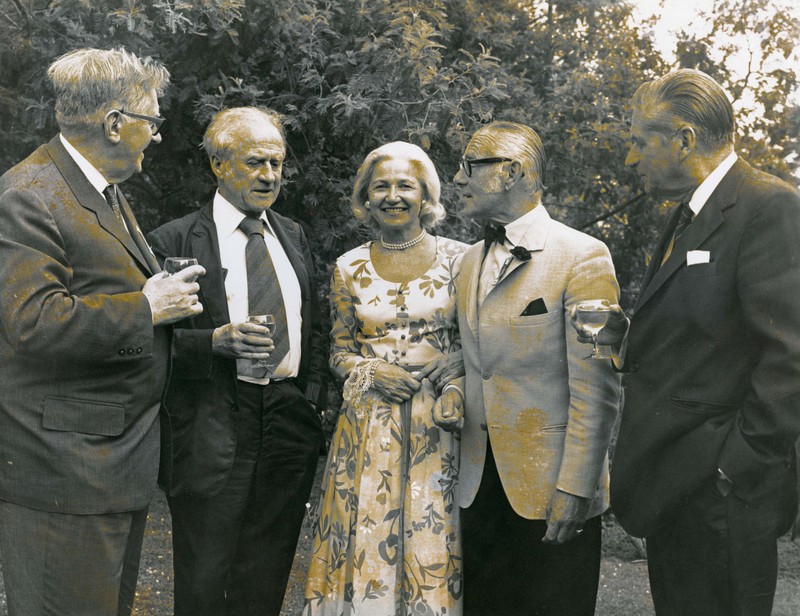 Liam O'Leary with Cyril Cusack and others

This is a black and white photo of the Irish actor Cyril Cusack holding court with the archivist Liam O’Leary and others. The small group is at a drinks reception on the grounds of Ashbourne House in Glounthaune, Cork, during the 1970s. The photo, which is water-damaged, also includes Dick Beamish, his unidentified colleague, and Jack Mahoney.

Liam O’Leary, on the far left of the photo turned towards Cusack, was born in 1910 in Youghal, County Cork. He was many things in life including film historian, filmmaker, author, actor, and founder of the Irish Film Society. And, perhaps most importantly for Ireland, he was an archivist. O’Leary was an acquisitions officer for the National Film Archive in London until 1966 when he returned to Ireland to work as a Film Acceptance Viewer for Radio Telefis Éireann. His love for the cinema was profound and he established the Liam O’Leary Archive to rescue Irish film-related objects, stories, and ephemera. He was the driving force behind the Irish Film Archive and his film collection is preserved there. (Kevin Brownlow, Obituary: Liam O’Leary, Independent, 18.12.1992.)