Composer Philip Green and others 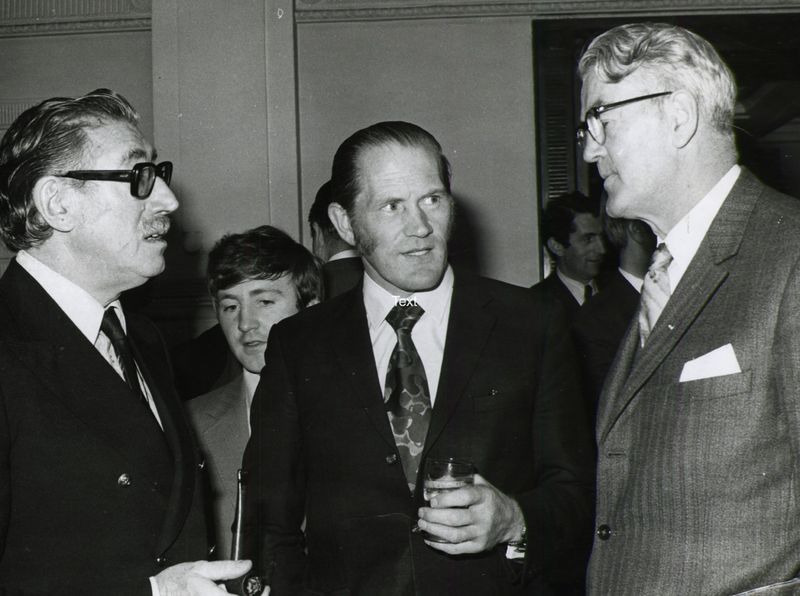 Composer Philip Green and others

This black and white photo shows the composer Philip Green, in glasses on the left, in a huddle with festival committee members. The back of the photo notes the company of David Coughlan, Dick Murphy, and Frank Dorgan.

Philip Green was born in East London in 1911 and had an extensive career in film music composition. He composed hundreds of film scores and themes for popular television programmes during his career. However, it was his conversion to Catholicism in the early 1970s that contributed to his creation of the St Patrick's Mass, which he composed, produced, and recorded in 1970 before bringing it to Cork. The Mass was a personal tribute of thanksgiving to not only the church, but Ireland too, for which he had a fondness.

This collection is licensed under a Creative Commons Attribution-NonCommercial-ShareAlike 4.0 International License.