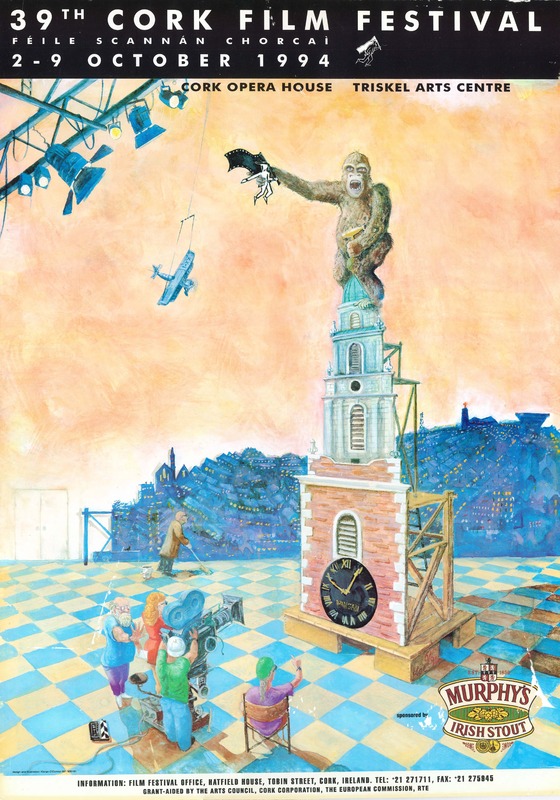 The 1994 festival Poster, designed by the Cork artist Kieran O'Connor, is a fantastical cartoon-like representation of a scene being filmed around a reconstructed version of the Shandon Bells & Tower of St Anne's Church in Shandon, Cork. The sky is burnt orange and the ground is chequered with blue and yellow squares. The film scene references King Kong who stands aloft the steeple, right arm outstretched in which he is holding a graphic representation of a man carrying a ‘flag’ of negative film. To the upper left of the poster is an image of cinema rigging holding cinema lights and a WWI-type fighter plane that is flying close to the Steeple. The scene is being ‘filmed’ by a crew below the Steeple comprising five characters; we also note a discarded clapper board on the floor.

In the background, Cork City is represented in relief, as if at dusk, with the lights of the buildings shining through the blue-tinted landscape. The skyline includes the Church of the Ascension in Gurranebraher, which was commissioned by Bishop Lucey to meet the needs of the growing population in the suburbs. To its right, we can make out the inverted triangular shape of the Knocknaheeny Water Tower.