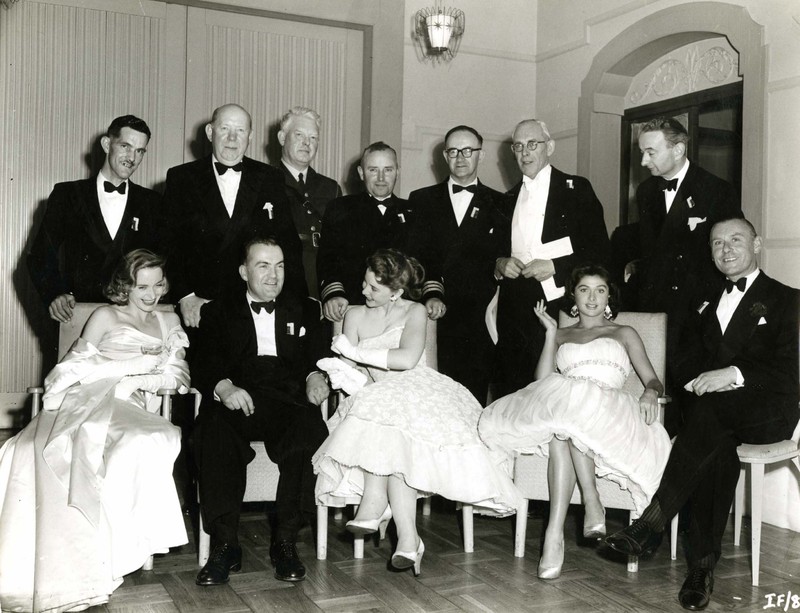 This is a black and white photo of a group, some standing and some seated, and all dressed formally. The three women, in evening wear and seated, include the English actors Josephine Griffin, Maureen Swanson, and June Thoburn. They are animated and in conversation with their companions.

The men, seven of whom are standing and two seated, include festival director Dermot Breen and festival committee members named at the back of the photo as Richard Beamish, J. Casley, John E. Walsh, Supt. O'Dowd, Commander T. McKenna, Richard Breathnach, Seamus Fitzgerald, and Brian Synott.