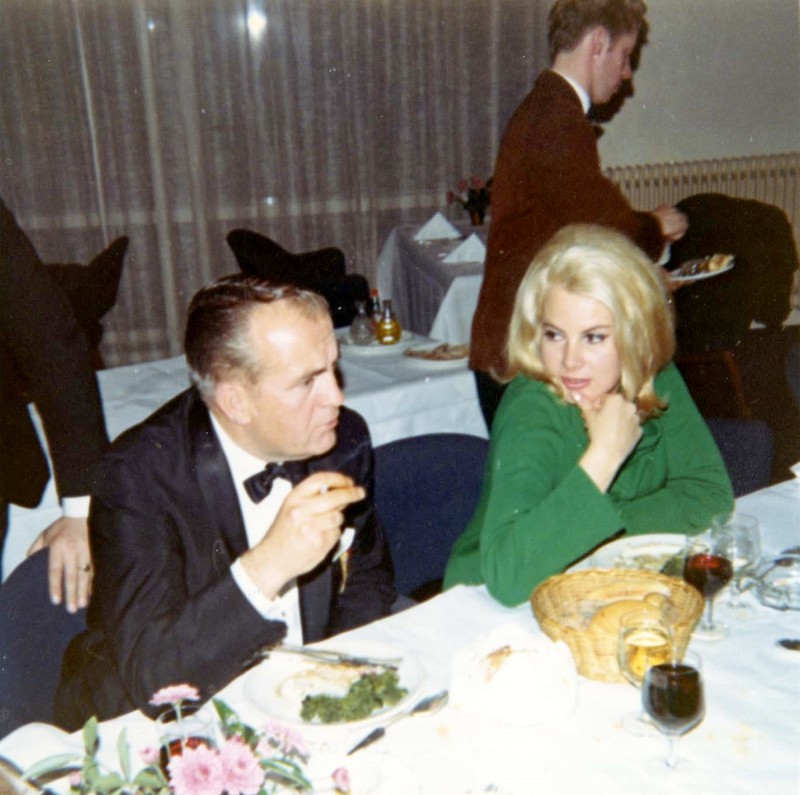 This is one of a few colour photos in the archive. It shows the English actor Mollie Peters, sitting with the festival director Dermot Breen. They are seated side-by-side at a dinner table and Peters, wearing an emerald green dress, is shown in profile looking towards Breen. Breen, in a dinner suit, is leaning on the table, holding a cigarette in his yellowed fingers, and is half-turned towards Peters. In front of them, we note the detritus of dinner, together with glasses of wine.

Mollie (sometimes spelled 'Molly') Peters was the stage name of Vivien Mollie Rudderham, an English actor best known for her role as Nurse Patricia Fearing, opposite Sean Connery's 007 in Thunderball (Terence Young, 1965). She was famously the first Bond girl to take off her clothes on-screen, earning the franchise its first X-rating. Several scenes were cut at the request of the British Board of Film Classification (BBFC) for their risqué nature. Despite the success of Thunderball, Peters went on to have a short-lived film career, mainly due to contractual disagreements with her agent that forestalled her career.