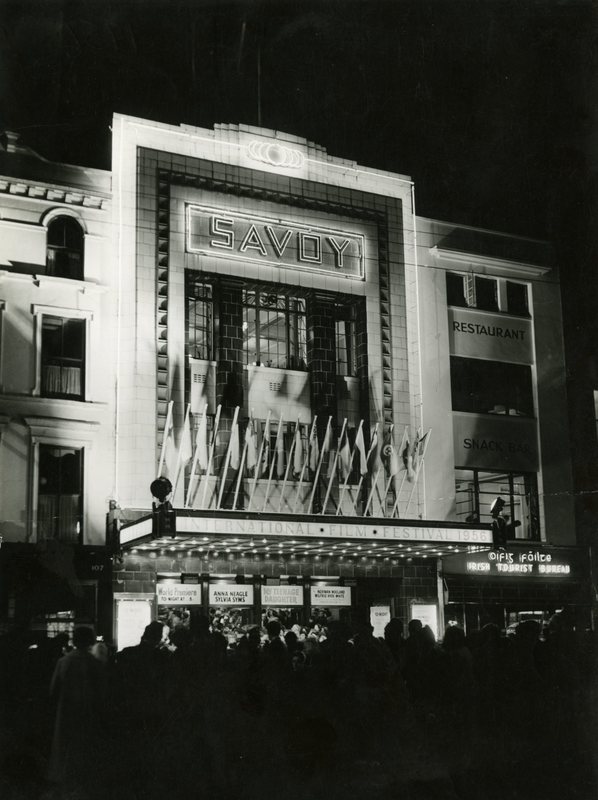 This is a black and white photo of the Savoy Cinema on Patrick Street in Cork, advertising the 1956 festival. Flags adorn the building in a night-time scene and crowds are gathered outside. Posters include signs for World Premiere - tonight at 8pm; Anna Neagle, Sylvia Syms; and the film My Teenage Daughter (Herbert Wilcox, 1956).

The Savoy cinema was opened by the then Lord Mayor of Cork, Frank J Wallace, in May 1932. With almost 2,000 seats it was the largest cinema in the country at the time. It had an elaborate art-deco exterior and hosted the festival from its beginning in 1956. The last feature film screened at the Savoy was The Towering Inferno (John Guillermin, 1974) on Saturday 1st February 1975. Hosted by Cork Film International it was a Gala Premiere and a special programme was compiled, printed and presented to Cork Film International by the London Friends of Cork.

You can see an image of the Gala Premiere programme cover for the screening of The Towering Inferno in the Programme Collection.