Ernest Borgnine presenting a tribute award to Delbert Mann in 1967 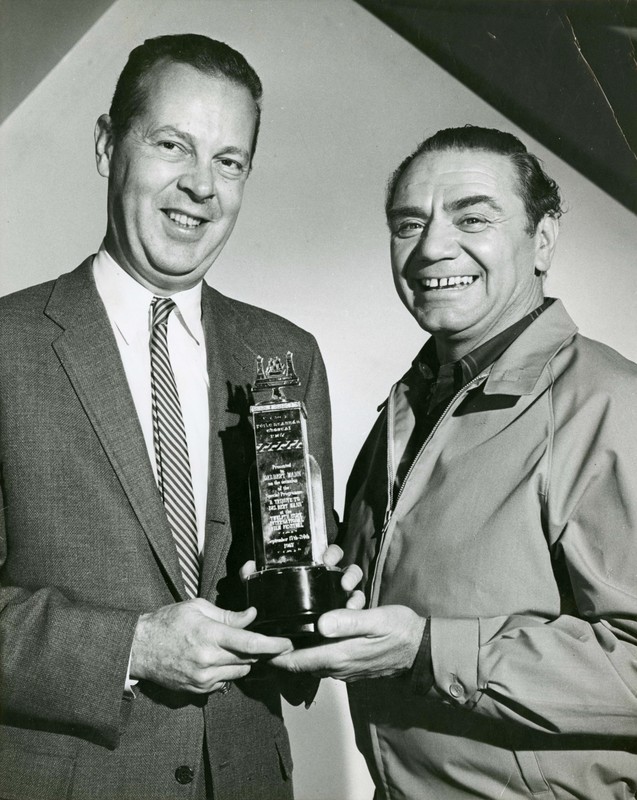 Ernest Borgnine presenting a tribute award to Delbert Mann in 1967

This is a black and white photograph of the film director Delbert Mann with the American actor Ernest Borgnine. They are standing side-by-side holding an award that has been presented to Mann by the twelfth Cork International Film Festival, September 1967. Delbert Mann (1920-2007) was an Oscar-winning American television and film director; he directed Borgnine in Marty (1955) which won him an Oscar for Best Director. It was the first American film to win a Palme d'Or at the Cannes Film Festival.

Ernest Borgnine (1917-2012) was a popular and well-known American actor noted for his gap-toothed grin. He has an extensive filmography and also won an Oscar for Marty (Best Actor). He would work until his ninth decade and earned an Emmy nomination aged 92 for his role in ER. He was also the voice of 'Mermaid Man' on SpongeBob SquarePants from 1999 until his death in 2012. Borgnine would receive the Screen Actors Guild Life Achievement Award at the 17th Screen Actors Guild Awards in 2011, a year before his death in 2012 aged 95.