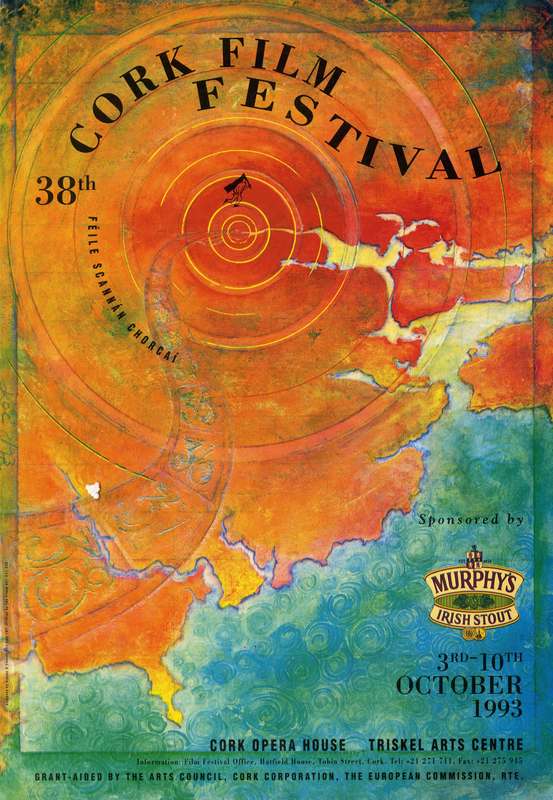 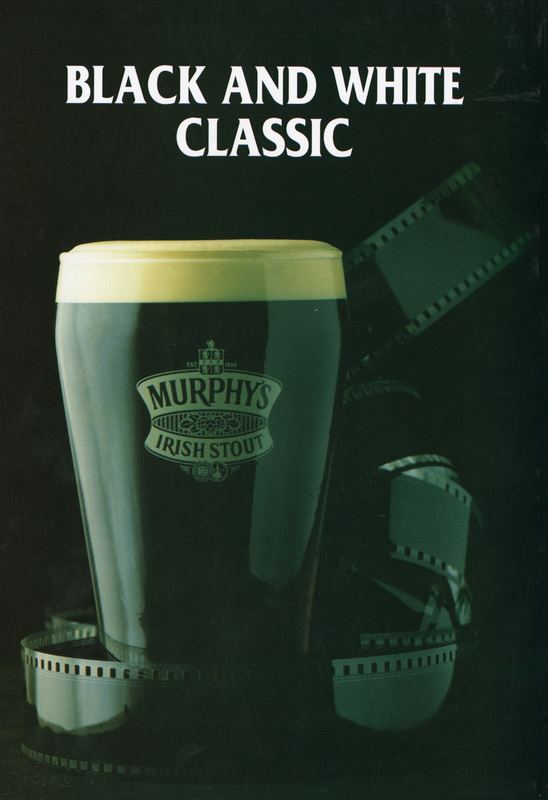 The front cover of the 1993 festival programme depicts a stylised graphic geographical representation of Cork City, and its environs, extending to County Cork and demarcated by shoreline and coastline inlets. The map represents Cork and environs in variations of orange/pink-flecked tones and the sea is represented in turquoise blue circular swirl-like patterns repeating around the coastline. Cork is represented as the focal point off-centre and a ring of concentric circles emanate from the city with a ‘film ribbon’ of numbers from ‘31 – ‘38 reflecting the number of years that the festival is running; this is the 38th edition of the Cork Film Festival.

The back cover is an advertisement for Murphy’s Irish Stout (the main festival sponsors). The image is a realistic 3D image of a pint glass filled with Murphy’s Irish Stout which is a black dry stout brewed in Cork. The logo of Murphy’s Irish Stout is realised on the front of the glass. The glass is full with a cream-topped head. Film negative unspools in the background against a black backdrop and light reflects off the film and the glass to the left of the programme.

The 1993 programme is a soft card-bound programme measuring 20.5cm x 30cm. The spine is glue-bound and it has 76 numbered pages.