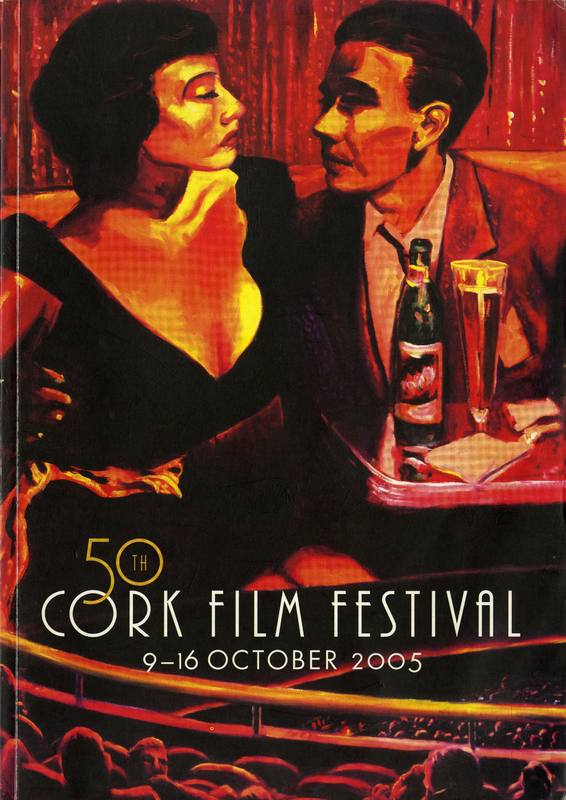 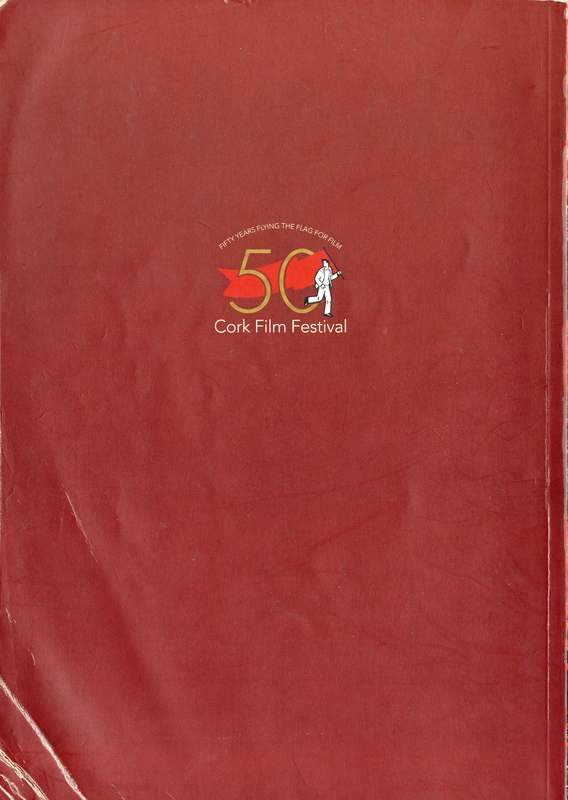 The image on the 2005 festival programme cover is by the artist Patrick Morrison, who was an LA-based Cork-born artist (1945-2013). It is a detail from his painting Mambo Negro which is in the collection of the actor Peter Weller. (The full painting is shown on page 7 of the programme.) The detail, which wraps around the spine of the programme, shows a scene from the Savoy cinema with the heads of the audience, on the left of the programme, looking up to a large screen which fills the page of the programme. The lush interior of the Savoy is referenced by the golden sheen of the bannister and the rich red-gold colours of the furnishing. The screen image fills the page – it depicts a rather louche couple gazing at each other intently. He has his arm around her waist as she sits close to him – head slightly lowered – her long eyelashes shielding her eyes.

The back cover is a deep maroon colour. There is limited text and, at the centre of the page, there is a logo for the Cork Film Festival. A male figure appears to be running, holding up a flag in his left hand. As he runs he looks back at the long red flag fluttering behind him. The programme is a soft glue-bound programme measuring 21cm x 29.5cm with 136 numbered pages.