Noel Purcell with Roy Hammond and others 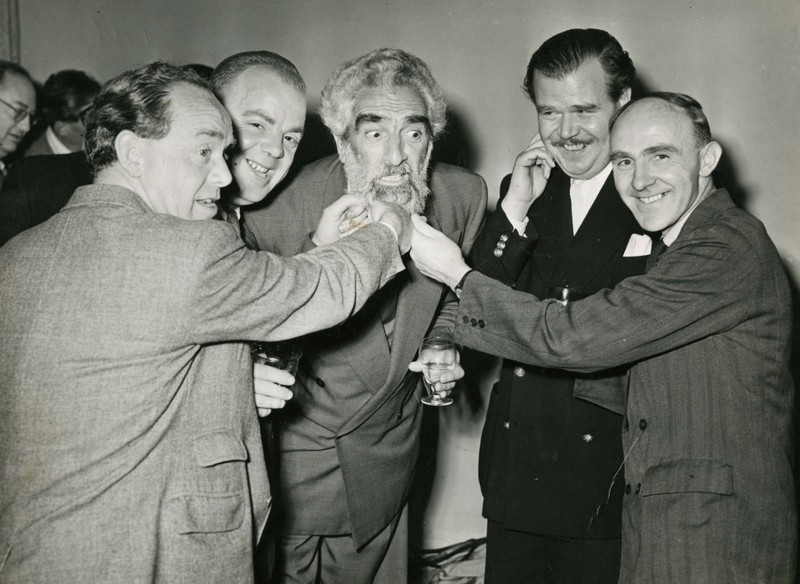 Noel Purcell with Roy Hammond and others

This is a black and white photo, dated 1966, of the Irish actor Noel Purcell having his beard pulled by a congenial group of colleagues. Purcell, at the centre, is leaning forward, with a mock-startled look on his face, while his greying beard is being tweaked.

The photo notes two names at the back of the photo - that of  Roy Hammond and Stephen Coughlan. We recognise the work of Roy Hammond throughout this archive as his studio stamp graces the back of many photos. He was a photojournalist for the Cork Examiner and before that the Irish Press. Originally from England Hammond moved to Cork after meeting, and marrying, his wife Rose Sheppard from Albert Road, Cork City, setting up a photography studio at 33 St Patrick’s Street. Hammond was an army photographer during World War II and would later work for the Imperial War Crimes Commission in Berlin. As well as his work as a press photographer for the Cork Examiner Hammond was a cameraman for RTÉ until his retirement in 1992. On his death in 1996 the Examiner obituary noted: "Roy covered all the major stories, both in Cork and nationally, he covered nearly every major story you could think of, he was a great newsman and a thorough gentleman." (Mark Wilkins, The Archive, issue 16, 2012.)