Mollie Peters on a car bonnet with a guide book 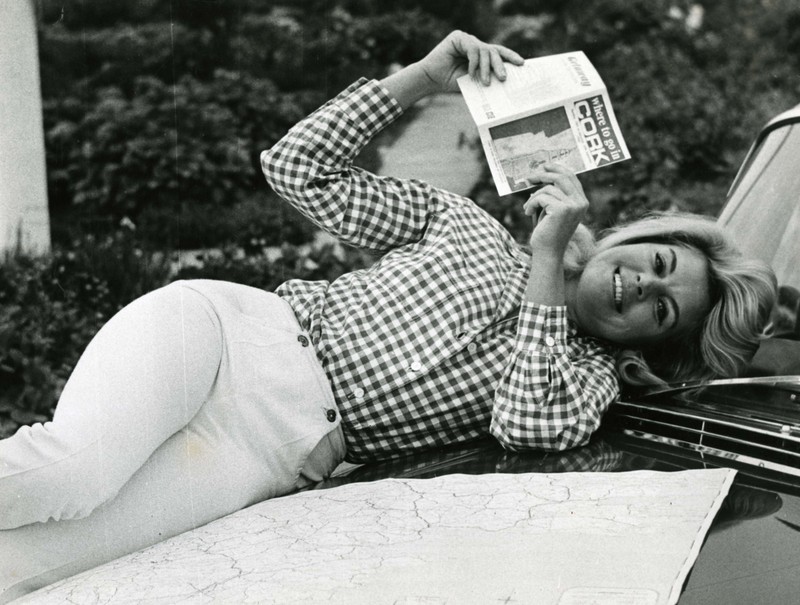 Mollie Peters on a car bonnet with a guide book

This is a black and white photo of the English actor Mollie Peters reclining on the bonnet of a car. The photo is dated 1968, taken a few years after her infamous role as Nurse Fearing opposite Sean Connery in Thunderball (Terence Young, 1965). In this photo Peters is lying on her side, wearing light-coloured trousers and a checkered shirt, while holding up a guidebook to Cork City. A map is spread out on the car bonnet next to her and she is smiling while looking towards the camera.

Mollie Peters was the stage name of Vivien Humphrey, an English actor. Despite her fame with being the first Bond girl to take her clothes off on-screen she had a short-lived film career, due mainly to contractual disagreements with her agent which forestalled her career and she had mostly given up acting by the time of this photo.