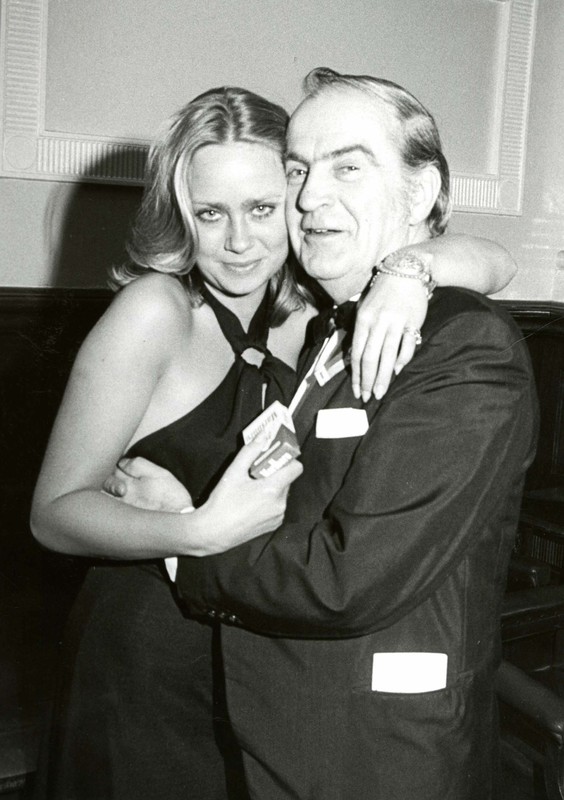 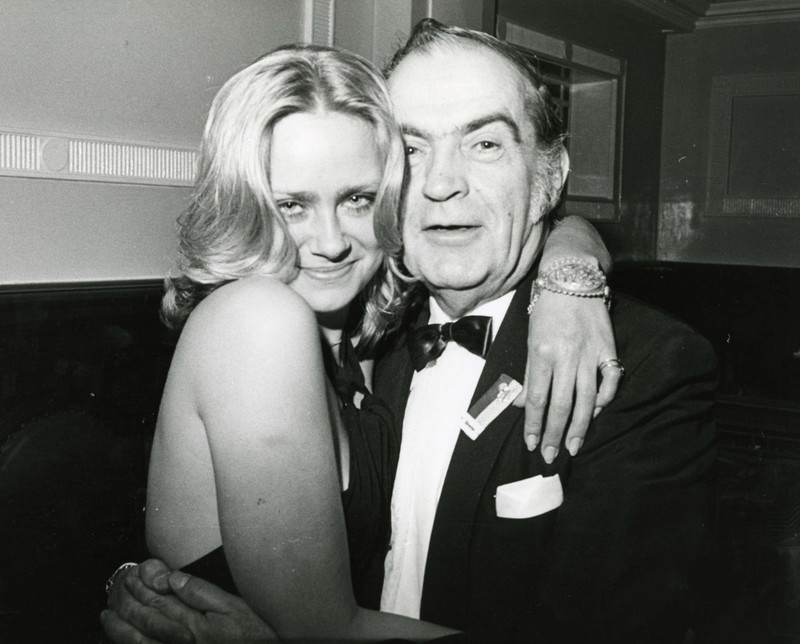 These black and white photos, both taken by the photographer Donal Sheehan from Bishopstown in Cork, are of the English actor Linda Hayden and the festival director Dermot Breen. The convivial shot shows Hayden and Breen embracing while posing for the photographer. Hayden, wearing a dark halter-neck dress and holding a packet of 20 Marlboro cigarettes, has her left arm around Breen’s neck. Breen, with a festival ribbon pinned to the lapel of his jacket, smiles for the camera as does Hayden.

Hayden came to Cork on a number of occasions and was a favourite of the photographers, often photographed with fellow actor Lynda Bellingham who also came to the festival. Born in 1953 Hayden was best known for her roles in British horror films and sex comedies such as Confessions of a Window Cleaner (Val Guest, 1974) and Confessions from a Holiday Camp (1977) directed by the Irish director Norman Cohen. Around the time of these photos, taken in 1976, she had completed the ‘video-nasty’ Exposé (James Kenelm Clarke, 1976) which was re-released in 1997 with cuts, as Stalker (Martin Kemp, 1997), and the British-German comedy film Queen Kong (Frank Agrama, 1976) starring Robin Askwith with whom Hayden was partnered for some years.