Mick Hannigan and staff at the festival office 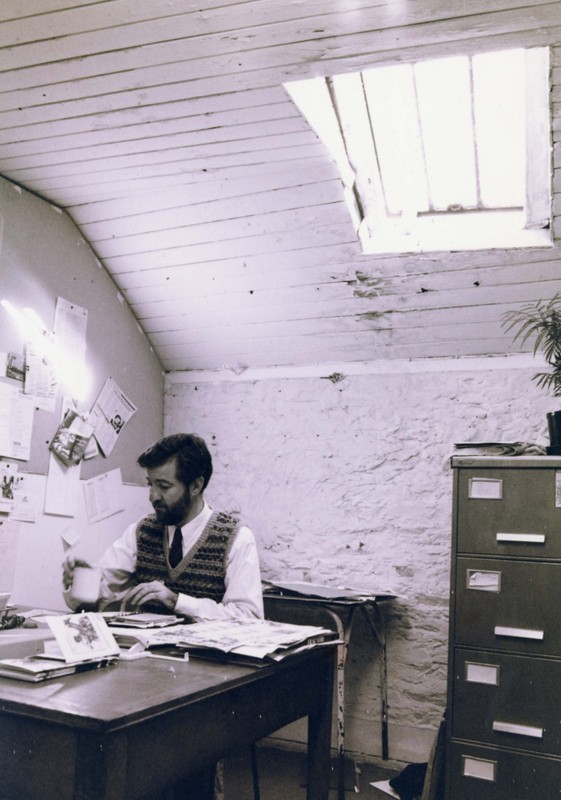 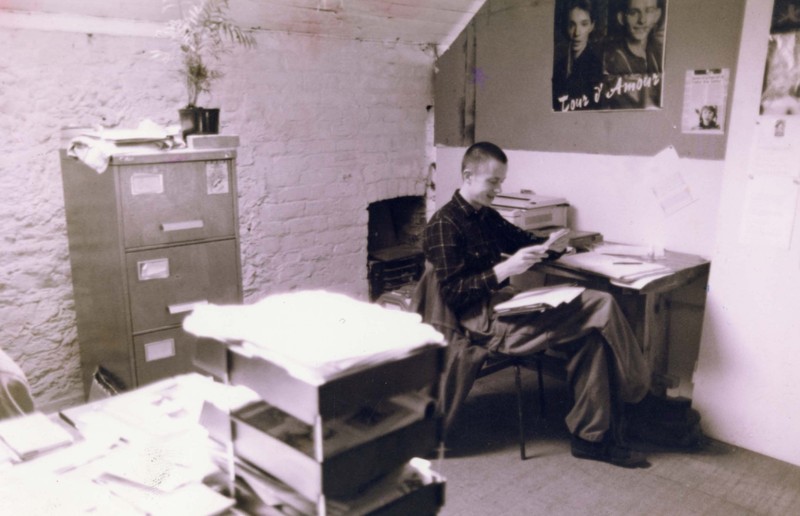 Mick Hannigan and staff at the festival office

These black and white photos include Mick Hannigan who was the director of the Cork festival from 1986 and its CEO from 2009 to 2013. The photos are undated, but we might suggest they are from the late 1980s/early 1990s.

We include the second photo of an unidentified person for its similarity to the first photo. It shows a festival colleague sitting in the same white-washed festival office as Hannigan, with its fern-like plant on the office cabinet and a poster of the German short Tour d'Amour (Veit El-Mer, 1989) which helps us date this image.

The first photo shows Hannigan, mug in hand, working at his office desk under the painted cladding of the vaulted ceiling. Cork-born Hannigan had a keen interest in film since his time at University College Cork (UCC) as a member of its film society. He is a former member of the Irish Film Board, the European Film Academy, and worked as a programmer for the Irish Film Institute in the 1990s. As co-director of the Triskel Arts Centre in the eighties, Hannigan worked with Theo Dorgan, and together they ran the film festival after the resignation of O'Sullivan in 1985. In 2013, following his departure from the film festival, Hannigan set up the IndieCork Film Festival with festival programmer Úna Feely who had worked for the Cork festival for many years.