Suzanna Leigh, Virginia Wetherell and others 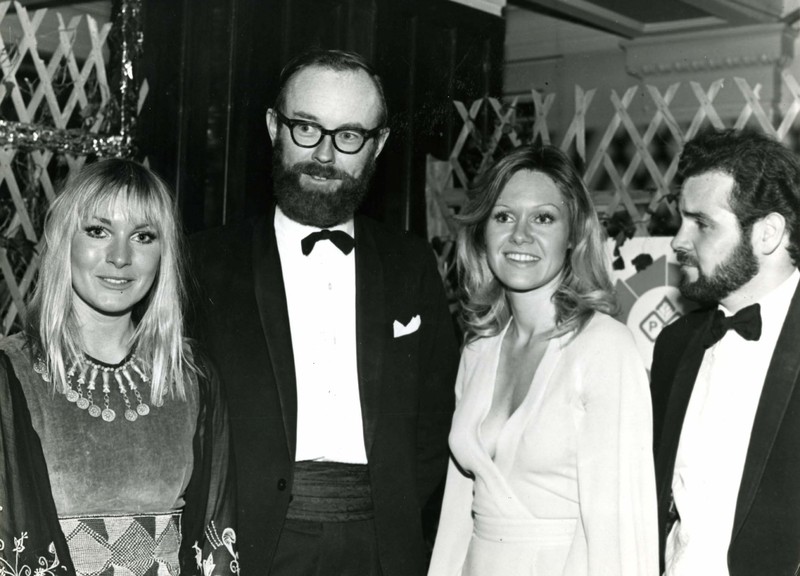 Suzanna Leigh, Virginia Wetherell and others

This is a black and white photo of the English actors Suzanna Leigh and Virginia Wetherell with two festival guests identified as John Gavin and Jim O’Connell. The photo, dated 1972, was taken at the festival club. Virginia Wetherell, standing on the far left wearing an ornately fashioned dress, worked in Hammer horror productions including Dr Jekyll and Sister Hyde (Roy Ward Baker, 1971) and Demons of the Mind (Peter Sykes, 1972), both of which were released around the time she came to visit the Cork festival in 1972. She has a large body of television work throughout the 1960s to the 1980s, including the part Dyoni in the first Dalek story series of Doctor Who. Wetherell was married to the English actor Ralph Bates (1940-1991) who was educated in Trinity College Dublin and made his stage debut at the Gate Theatre in Dublin in Shaw’s You Never Can Tell in 1963.

Suzanna Leigh, standing on the right in a light-coloured dress, also starred in Hammer horror films during the early seventies including The Deadly Bees (Freddie Francis, 1967) and Son of Dracula (Freddie Francis, 1974) starring Ringo Starr, earning her a cult following amongst horror fans. Her personal life was of great interest to the press of the day and her boyfriends included the actors Richard Harris, Steve McQueen, and Michael Caine. Leigh’s Hollywood career was cut short due to a union row about foreign actors in Hollywood and she would return to England. In 2000 she published her memoirs, Paradise, Suzanna Style, where she describes her encounters with various film stars and directors including Roman Polanski, Peter Finch and Otto Preminger - who also came to the Cork festival with his film St Joan (1957).