Press conference with Frank Sanquest and others at the Savoy Cinema 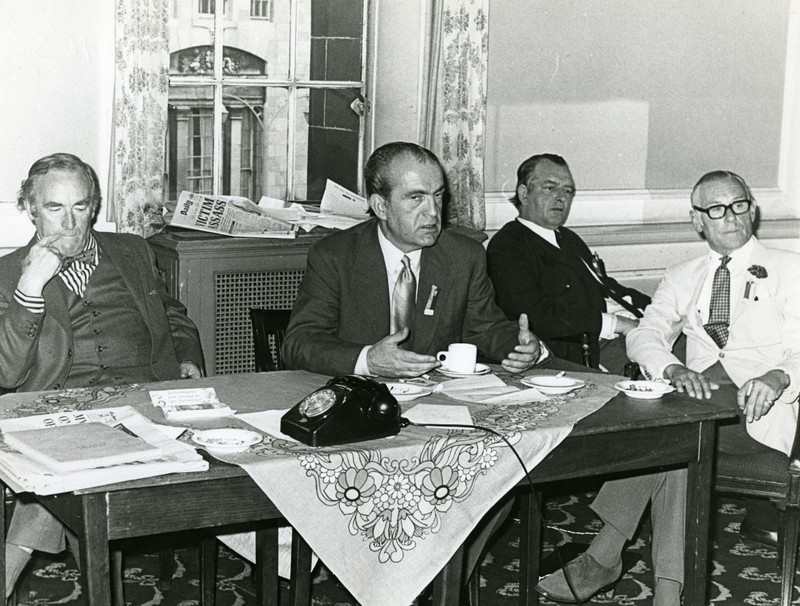 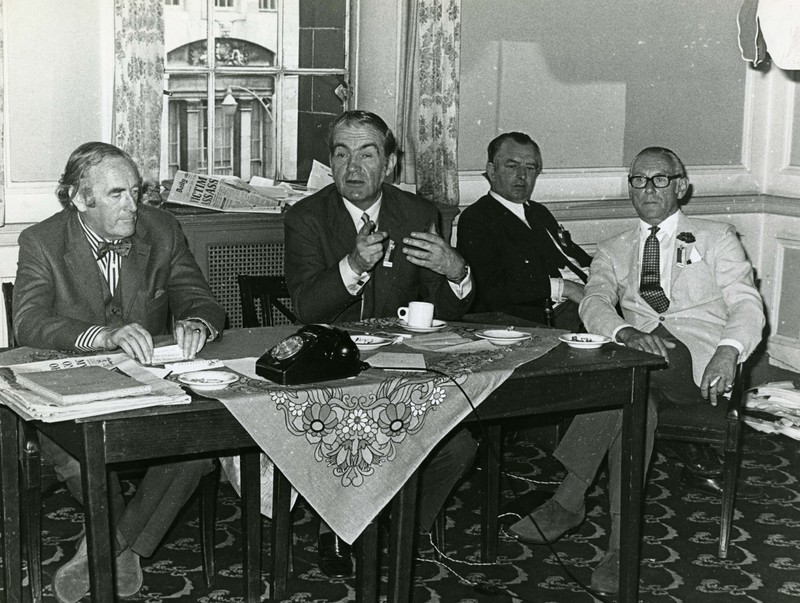 Press conference with Frank Sanquest and others at the Savoy Cinema

These black and white images of a press conference are taken upstairs at the Savoy Cinema, Cork, during the 1970s. The photographs, by the photographer Donal Sheehan, include the festival director Dermot Breen holding forth alongside the journalist and artist Frank Sanquest, Dick Beamish, and journalist Larry Lyons. They are sitting around a table which is scattered with the detritus of the day including papers, ashtrays, and a black Ericsson Dialog-style telephone.

Frank Sanquest, sitting on the far left of the photo, wearing a striped shirt with a dickie-bow, was a Cork-born artist who specialised in portraiture and landscapes. He studied art at the Cork Crawford School of Art and London’s Central School of Art and the College of Printing before returning to Cork. He was a past president of the Munster Fine Art Society and for many years was resident set designer for the Cork Opera House. He was an excellent scene painter and his work at the Cork Opera House included the set for Oklahoma in the 1950s when Dan Donovan was directing for the Cork Operatic Society. Sanquest was on the board of the Southern Theatre Group with Dan Donovan and James Healy which toured with John B Keane plays often with the Cork actor Michael Twomey. They had great success with Sive in 1959. From 1940 to 1987 Sanquest also worked as the Arts Editor for The Cork Examiner, in whose capacity he might have been attending the Film Festival press briefings. He died in 2008, age 95. (Vera Ryan, Dan Donovan: An Everyman’s Life, The Collins Press, 2008.)

The journalist Larry Lyons, sitting behind Dick Beamish by the wall, also worked for The Cork Examiner in the 1970s; his journalism covered the fraught days of the troubles in the early 1970s as well as film reviews. (Larry Lyons, Walter Ellis, ‘British troops bowed their heads,’ The Cork Examiner, 02.02.1972.)