Judy Geeson, Robin O'Sullivan and colleague at the Savoy Cinema 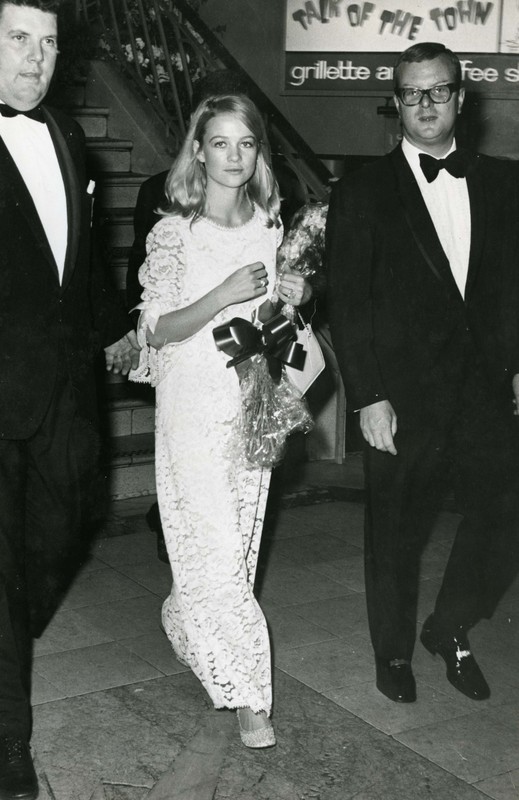 Judy Geeson, Robin O'Sullivan and colleague at the Savoy Cinema

This is a black and white photo of the English actor Judy Geeson with Robin O’Sullivan and an unidentified colleague. Blond-haired Geeson, wearing a white lace evening dress and holding a bouquet of flowers, looks at the camera as she leaves the Savoy Cinema flanked by O'Sullivan and another festival attendee. Robin O’Sullivan, on the left, was a committed member of the Cork Film Festival team and would run it for a few years in the early eighties after the sudden death of the then-festival director, Dermot Breen, in 1978.

Judy Geeson (1948-) was a popular film, television, and stage actor whose role playing the young student, Pamela Dare, in To Sir, With Love (James Clavell, 1967) opposite Sidney Poitier secured her place in film history. This image is dated 1969-1970, when Geeson would have been around 22 years old. Her filmography includes 10 Rillington Place (Richard Fleischer, 1971) with Richard Attenborough, Dominique (Michael Anderson, 1978) with Jenny Agutter, and a supporting role in The Eagle Has Landed (John Sturges, 1976) alongside Michael Caine, Donald Sutherland and Jenny Agutter. Around the time of this picture in 1970, Geeson had just completed the little-seen One of Those Things (Hændlight uheld) (Erik Balling, 1971) starring Roy Dotrice, which was a Danish film made with a British and Japanese cast in English. She was married to Sean Kenny, the extraordinary Irish theatre designer, in 1969 until his sudden death in 1973, age 43. Some of Kenny's set designs can be seen in the theatre and performance collection of the Victoria & Albert (V&A) online digital archive.