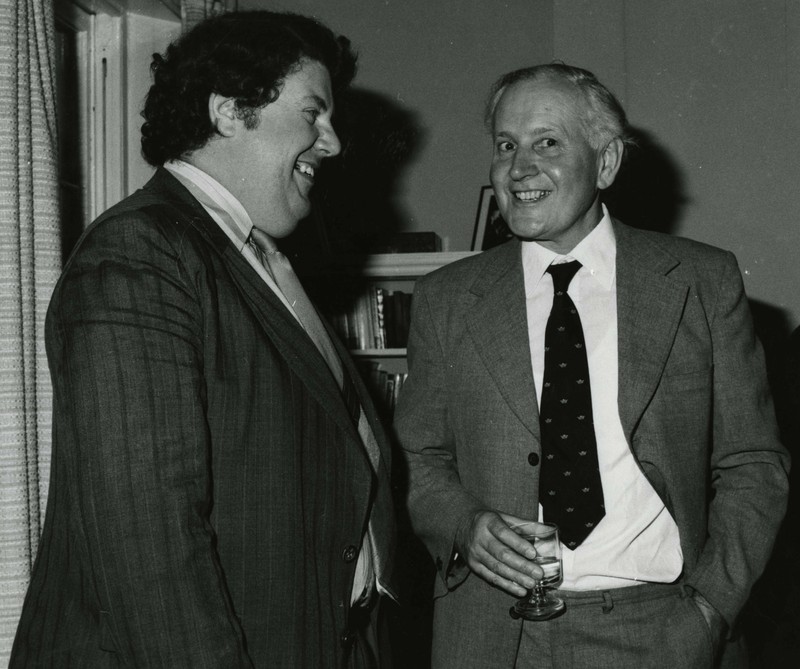 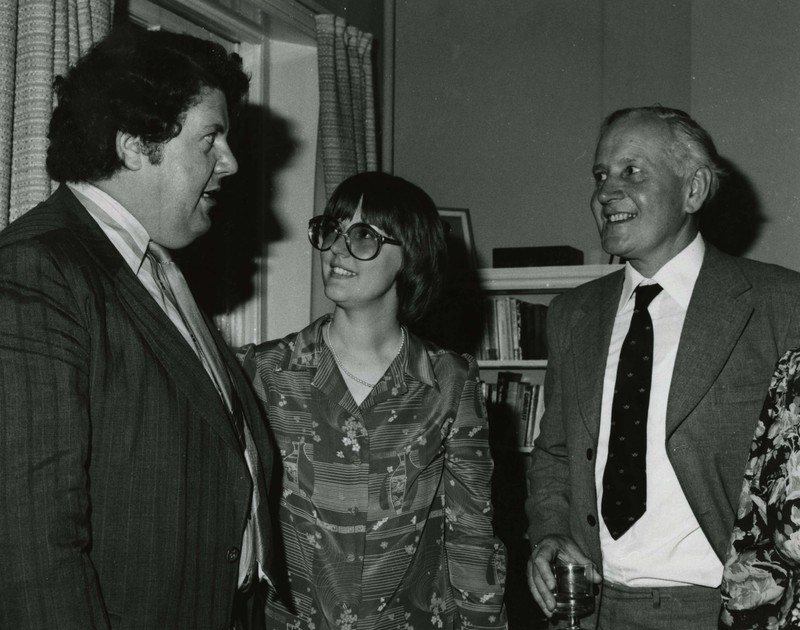 These black and white photos are of festival director Robin O’Sullivan and unidentified colleagues. They show the convivial Robin O’Sullivan, in photos marked 1980s, in conversation with festival attendees. O’Sullivan stepped in to run the film festival after the unexpected death of the festival founder Dermot Breen in 1978, and ran it until Mick Hannigan and Theo Dorgan took up the cudgels in the early eighties. O’Sullivan originally worked as a journalist for the then-Cork Examiner and as a reporter for RTÉ news. He set up his own PR company – O’Sullivan Public Relations Ltd – in the early eighties which has since amalgamated with the successful public relations company AM O’Sullivan PR, run by his daughter Ann-Marie O’Sullivan.

At the 50th anniversary of the film festival the former festival president, Charlie Hennessy, acknowledged the contribution of O’Sullivan to the festival noting that he “kept this festival alive when it was in very low water”. (Michael Dwyer, ‘A half-century of movie memories’, irishtimes.com, 11.10.2005; Michael Moynihan, Crisis and Comeback: Cork in the Eighties, The Collins Press, 2018.)