Charlie Hennessy and others 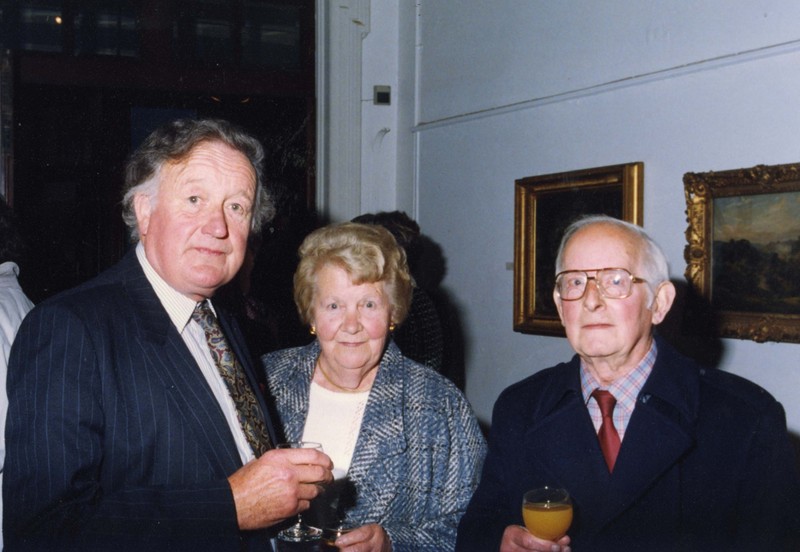 Charlie Hennessy and others

This is a colour photo of former festival chairman Charlie Hennessy with unidentified companions at a drinks reception. Hennessy, on the left, with a drink in hand, looks up somewhat forlornly to the camera. His companions, also holding drinks, pose for the camera in front of gilt-framed art work adorning the walls behind them. (This might be the same drinks reception attended by the poet John Montague in a similarly uncredited photo and can be viewed in the archive by clicking on Montague’s ‘tag’ below.)

Charlie Hennessy, a senior partner of JW O’Donovan Solicitors on Cork’s South Mall, made a tremendous contribution to the Cork Film Festival. On his death in 2008, Mick Hannigan, the then festival director, noted that Hennessy’s contribution to the cultural life of Cork was immense. Along with Dermot Breen, Hennessy was involved with the film festival since its inception in 1956. He was its chairperson for twenty-one years from 1985 to 2005 and continued to work for the festival, and for the Cork Opera House, attending board meeting up until his death, age 77.

Hennessy attended the Presentation Brothers College on the Mardyke, playing rugby for his school and University College Cork. As well as sport, and the film festival, his interest in the arts included involvement with the Presentation Theatre Guild, Cork Operatic Society, the Gilbert and Sullivan group and the Southern Theatre Group. Hennessy was a member of the Arts Council from 1998 to 1993. ('Death of Charlie Hennessy, 77', Irish Examiner, 22.07.2008; Michelle McDonagh, 'City pays tribute to one of Cork’s finest', irishtimes.com, 24.07.2008)