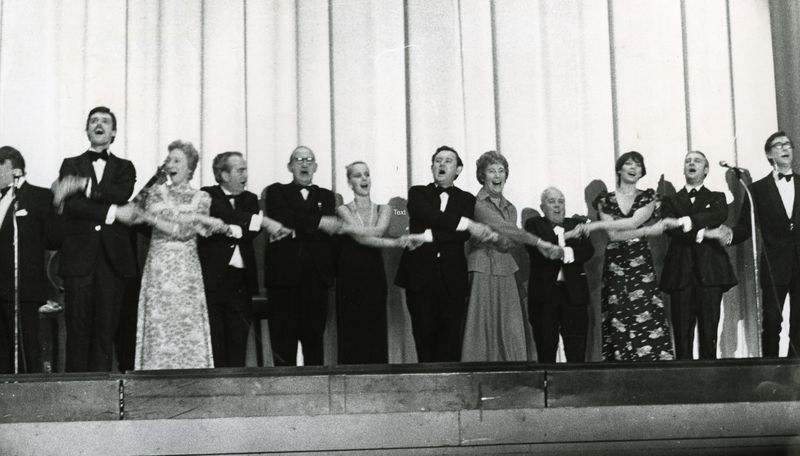 This is a black and white photo of festival delegates on a stage, lined up and arms linked. The convivial group, all dressed in evening wear, stretch out across the expanse of the stage and appear to be singing – we might hazard a guess that they are singing Auld Lang Syne and if so this might be the closing ceremony of the festival. We recognise some of the group to include festival committee members Dermot Breen and Gus Healy. We also identify the mustachioed British actor Simon Williams, and Jean Alexandria, who was a well-known British television actor during the 1970s.

The Irish comedian and actor Niall Tóibín is noted in the middle of the group. Tóibín was born in Cork in 1929, on the northside of the City. He would go on to have an illustrious stage and film career including parts in Ryan’s Daughter (David Lean, 1970), Far And Away (Ron Howard, 1992), and Veronica Guerin (Joel Schumacher, 2003).