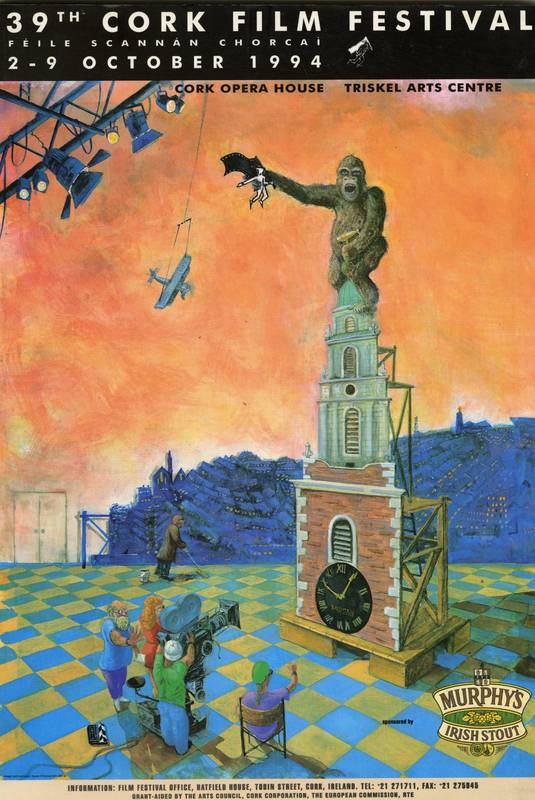 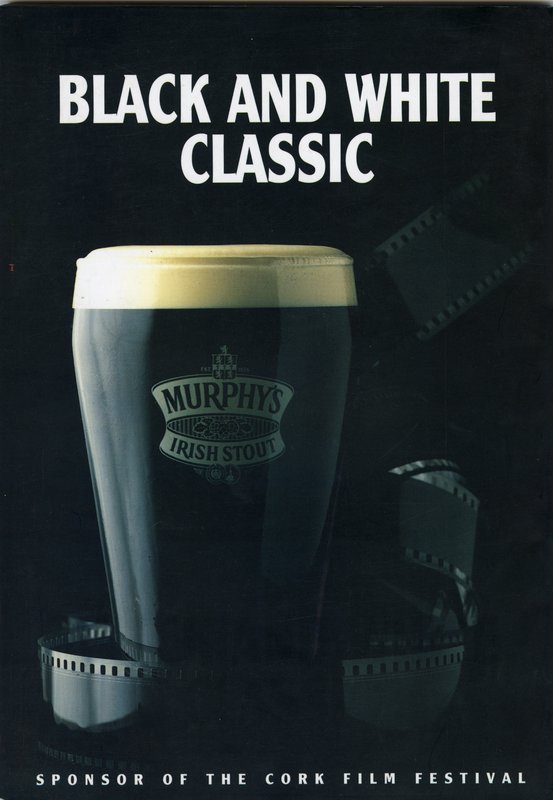 The 1994 festival programme cover is a cartoon-like representation of a film scene, centred around a reconstructed version of the Shandon Bells & Tower of St Anne's Church in Shandon, Cork. The sky is burnt-orange and the ground is chequered with blue and yellow squares. The scene being filmed references King Kong who stands aloft the steeple, right arm outstretched in which he is holding a graphic representation of a man carrying a ‘flag’ of negative film. There is a discarded clapper board on the floor. In the background, Cork City is represented in relief, as if at dusk, with the lights of the buildings shining through the blue-tinted landscape. The festival headline is printed in white against a black border at the top of the programme.

The back of the programme is an advertisement by festival sponsors Murphy’s for Murphy’s Irish Stout. It shows a colourised picture of a full pint of stout, with its cream-topped head, around which film negative is coiled.