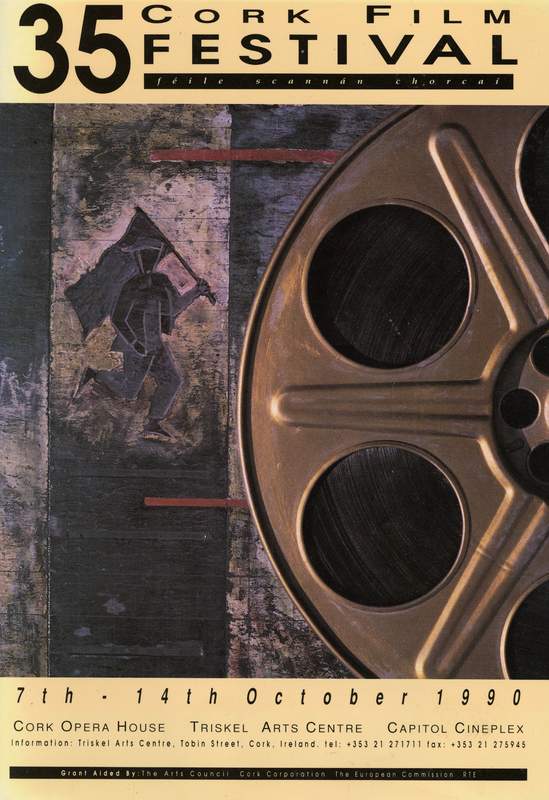 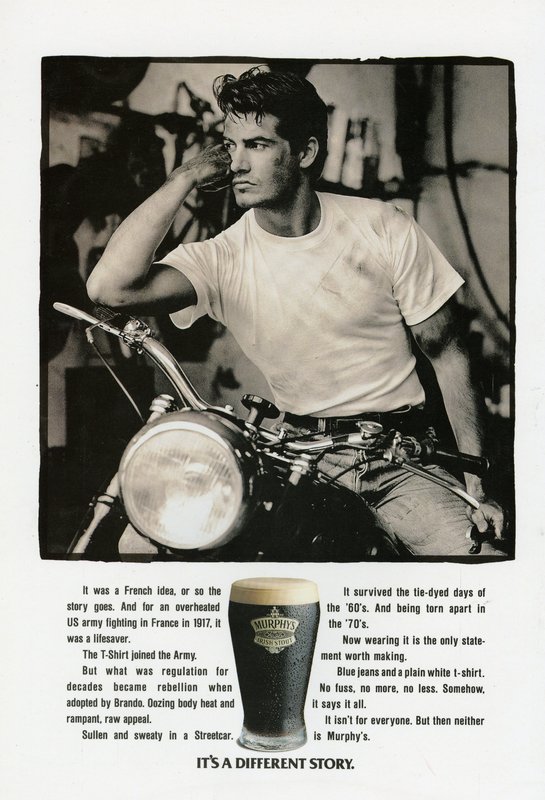 The 1990 festival programme cover is of a gritty realist scene comprising a large silver film reel against a concrete distressed-coloured grey/blue-black background. To the left of the film reel is a smaller spray-painted image of a man carrying a flag, depicted in the Russian workers' style. There are two white borders on the upper and lower edges of the programme on which festival notes are printed. The back of the programme is an advertisement by festival sponsors Murphy’s for Murphy’s Irish Stout. It shows a black and white image of a young man, in jeans and a white t-shirt, sitting astride his motorbike – looking off into the distance. The image is accompanied by text and a colourised picture of a full pint of stout with its cream-topped head.