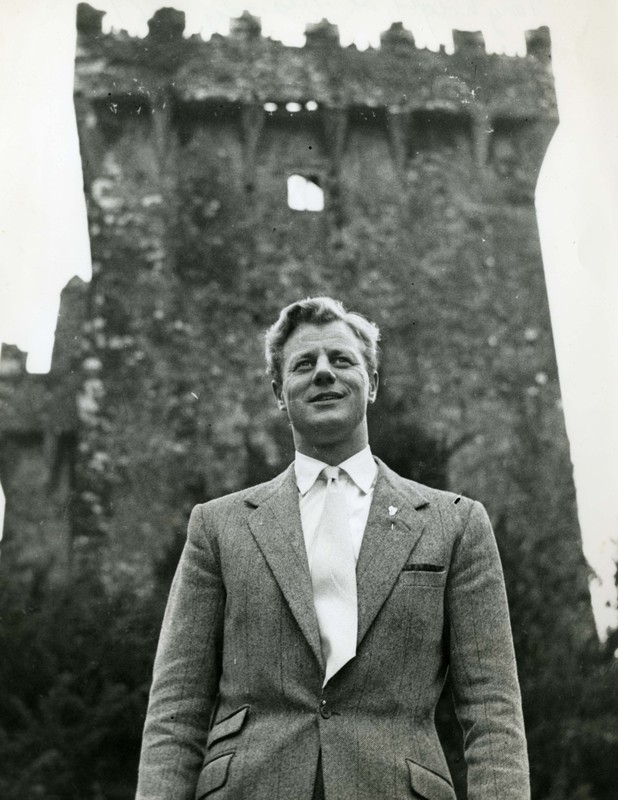 This is a black and white photograph, marked '1956', of the English actor Tony Wright standing in front of the Tower House of the Blarney Castle, County Cork. He is dressed in a light-coloured pin-stripe wool suit and tie and is standing smiling towards the camera. In the background the ruins of the medieval keep rises up behind him.

Tony Wright (1925-1986) was an English film actor and Rank Organisation contract player along with the Scottish actor Maureen Swanson (later Lady Dudley) who also came to Cork for the festival. He has a large filmography and films made around the time he was in Cork include Seven Thunders (Hugo Fregonese, 1957) and The Spaniard's Curse (Ralph Kemplen, 1958). Wright was married to the English film actor Jean Munroe (1934-1972) for three years (1956-1959).