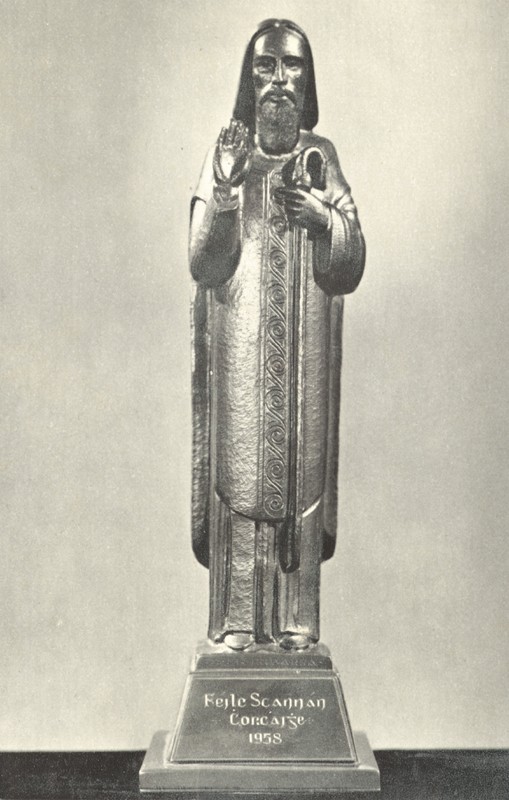 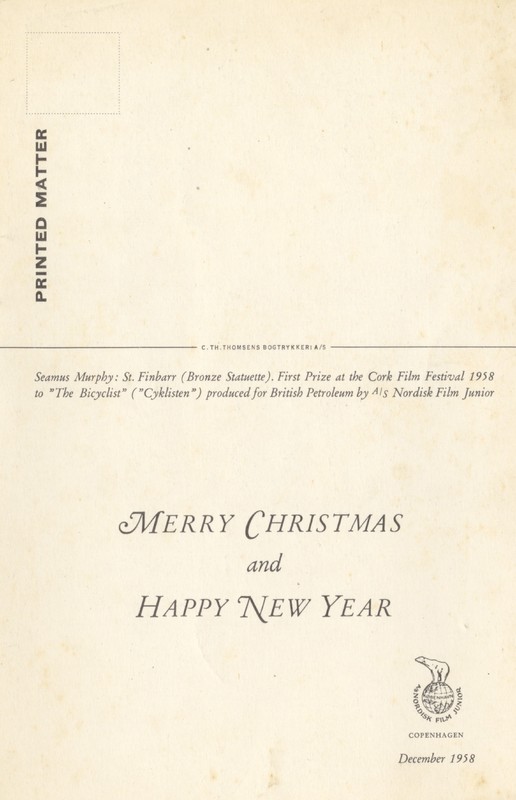 This is a black and white postcard originating from the Danish production company A/S Nordisk Film Junior. It is dated December 1958 and depicts the St Finbarr bronze statuette. The base of the statuette in this image is engraved Féile Scannán Corcaige 1958 (Cork Film Festival).