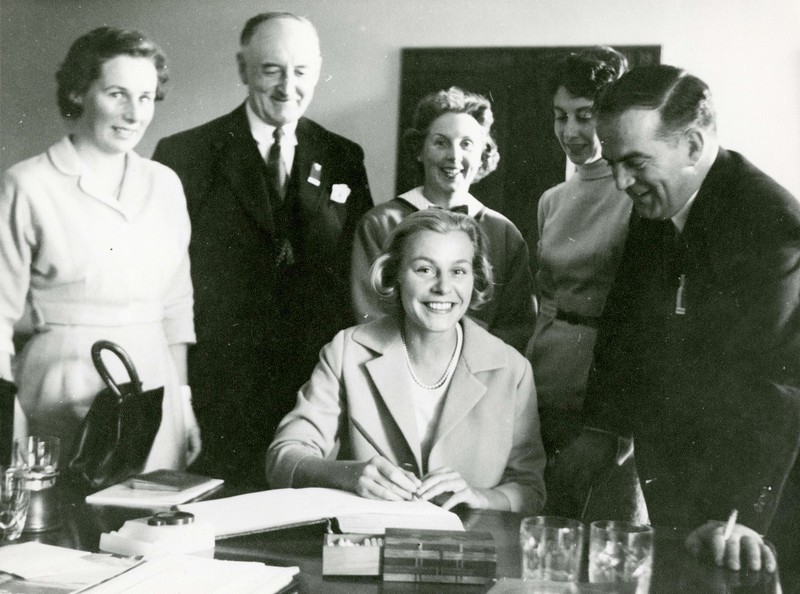 This is a black and white group photo of the German film actor Eva-Ingeborg Scholz with the Lord Mayor Seán McCarthy (1889-1974) and others identified at the back of the photo as Vida Breen, the Lord Mayor Seán McCarthy, Norma Crosbie, the Lord Mayor's secretary and the film festival director Dermot Breen. Scholz is sitting at a desk, smiling brightly up at the camera, signing a visitor's book while the others stand around her. Vida Breen is looking up at the camera on the left wearing a light-coloured suit while on the far right her husband, Dermot Breen, is leaning over the desk looking down.