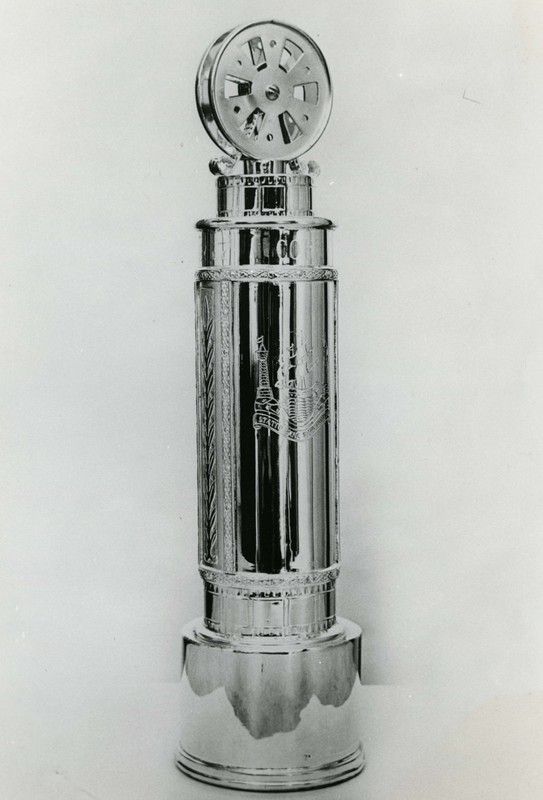 This is a black and white undated image of a festival trophy. The silver-plated single-column trophy is engraved with the Cork coat of arms on the front. The award is topped with a film reel with film ribbon looped around its core and the film ribbon motif is replicated at various levels of the column. The Cork coat of arms shows a ship between two towers which are said to represent the King's and Queen's castles which stood at the entrance to the watergates of Cork City. The Latin motto attached to the Cork coat of arms is Statio Bene Fide Carinis which is taken from Virgil's Aeneid and is commonly translated as 'Safe Harbour for Ships'.

There is a photo of Jack Lynch presenting this trophy to the director Otto Preminger in the archive and it appears smaller than we might imagine from this image.